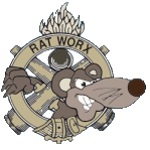 Designed by Manticore Arms, and manufactured and sold by Rat Worx, the new Venom Suppressor for Scorpion EVO offers a host of features never seen before in a suppressor.

The Venom Suppressor was designed to drop onto an existing Scorpion EVO pistol or SBR with the factory 7.72” barrel both early Gen 1 and Gen 2 Evo’s, without any permanent modifications.

Simply remove the existing forend and muzzle device, mount the included mounting block, muzzle device, and forend, and slide in the suppressor core and the Venom is ready to shoot.

The suppressor core is easily removed to allow for end user cleaning and service.

Once again, this suppressor is for the CZ Scorpion EVO series with the factory 7.72 inch barrel.

With an overall forend length of 12.0” the suppressor and forend components are made of 6061 aluminum with a type III milspec black hardcoat anodizing. The included muzzle device is made of stainless steel. The entire assembly only adds 20 ounces and 4.0” of length over the OEM pistol configuration.

The Venom suppressor has approximately 2.7 times larger internal volume than a typical 9mm suppressor. The forend features an integral QD pocket plus M-LOK slots on the sides, full picatinny on the top, and a complete row of M-LOK slots on the underside. The unique design of the forend and suppressor core allow any underside mounted M-LOK accessories to stay in place even when the core is removed or installed, a feature not seen before in any integrally suppressed forend. The Venom is also compatible with the CZ USA Scorpion EVO Bullpup Kit. Adding the bullpup kit to a pistol will create an SBR and require and additional tax stamp.